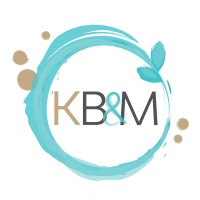 I was first introduced to kinesiology in 2014 and have had frequent sessions. I have had Lorraine work on me at her consulting rooms but also via phone, which at first I was sceptical, as how can someone help my anxiety via the phone line? Well, Lorraine truly helped me and what she taught and assisted me with is truly amazing and incredible. A very talented lady with a caring nature. Kinesiology certainly made a massive difference in my life and I can honestly say Lorraine has been one of the biggest influences. NC

I was so confident in Lorraine’s work that I asked her to work on my baby daughter via surrogation when she was 1 month old. At 36 weeks she was in the breech position and when she was born the doctors were concerned about an increased risk of hip dysplasia. Although she ended up being fine, before Lorraine worked on the muscles I could see my daughter was stiff on the left side and her legs were not moving as freely. Once we worked on that I noted a huge improvement in her movement. Her legs kicking freely in the bath and continued to make big splashes as the weeks went on. I have the upmost trust in Lorraine’s work and I highly recommend her. N and E

I was so pleased Lorraine was able to help me with a persistent foot pain known as plantar fasciitis. My foot issue responded to her treatment very quickly and has meant that I have been able to resume walking again for exercise. She works in such a lovely way, so I have continued to see her about some other health problems and I can highly recommend her for the way she works and the positive results she achieves. DJC

As a regular cyclist I had developed a pain or pressure point under my left foot, which after an hour on the bike was quite uncomfortable. After two treatments with Lorraine the pain had disappeared and has not returned. This was a great result given my cycling mates telling me beyond shoe adjustment this was a common ailment amongst cyclists and runners and that it could take up to a year to heal. As a result I would highly recommend Lorraine. DAC.